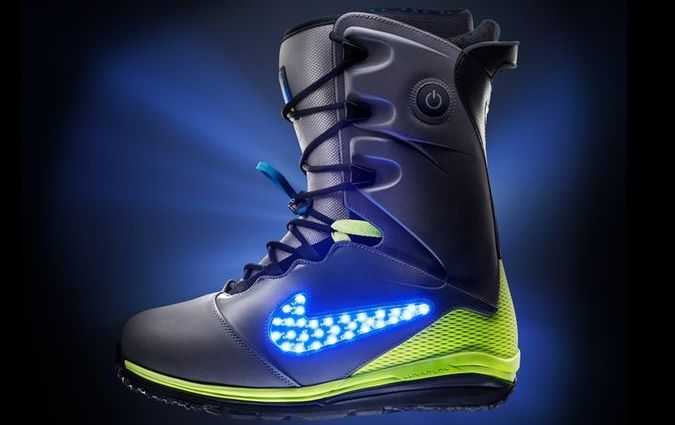 “GEARING UP TO GO BEYOND THE BOUNDS”

As the sun moves higher in the sky and the snow changes its chemistry, I too go through a transition of sorts.  This time of year marks the date when that I pack up my gear and head away from the resorts and into the wilderness.  Soon I will be standing on top of some of my biggest lines of the season or guiding people into theirs.  I have been following this pattern for the last 25 years, you think it would be a routine by now, but its not.  I still get a little antsy while at the same time dealing with fatigue and injuries from the wear and tear of the season. My progression from the month of December when I’m just getting back on my skis by lapping runs on the same intermediate groomed runs on Vail orBeaver Creek is a pattern that I developed as a young ski racer.  Dialing in the fundamentals, my equipment and anything else that might feel new or off after the summer break.  As well as making sure I can still load or unload a chairlift correctly. Don’t laugh!  When I was 6 years old I caught my ski tip on the end of the ramp at Copper Mountain and it catapulted me forward onto my stomach while the chair hit me in the back of the head.  I had a boot top bruise for what felt like the rest of the season.   As compared to the beginning of the season I’m now preparing to step on and out of helicopters, the consequences are a little different but could be significantly more catastrophic.

Recently I was in Italy and photos hanging on the interior walls of a classic mountain Refugio struck me.   They were circa early 1940’s.   The men and women in the photos were skiing the high alpine glaciers surrounding us.   The women in leather boots and skirts reaching to their ankles.   Both sexes were on wooden skis lacking edges and leather or maybe cable bindings.   The photos were taken long before trams were built up to this location so their only means of arriving in this area was by manual ascending from the valleys below.   Not only did it occur to me the effort it must have taken to get there, but I was dazzled by the photos of them skiing aggressively the surrounding slopes.

The progression also comes in stages as I move from the control world of a ski resort to the uncontrolled world of the backcountry.  I have learned tiptoe, through the season increasing the challenges as well as my feelings for the temperament of the environment surrounding me, such as the snowpack.   I have learned to exercise patience and respect the environment.  When I don’t bad things happen.

I feel that over the last several years with the evolution of equipment, making everything so approachable we sometimes sidestep the progression, patients, and respect for the environment.  I personally have to remind myself that the season is long and perhaps the first storm of the year is not the moment to jump into the backcountry but just start observing it.

Lesson’s can be learned from watching the best in their progression.  Let’s take Lindsey Vonn’s come back from her injury this past season.  It was well documented.   She started off with slow wide track stance turns on low angle slopes.  Much the same as I try to work on with a level 6 skier when asked to teach the team.  She this started this progression in late summer and repeated the drills until she was ready to move onto the next steps.  Skiing lap after lap, drill after drill, on intermediate groomed runs working on the slightest of details.  By the time training runs started she had her foundation and the progression continued.  By the end of the World Cup season this year she had two World Cup Globes a Bronze at the World Championships and surpassed the all-time World Cup wins for women.  – Patients and respect paid off.

I have to say, I’m not sure the quality of skiing has improved at the same rate as the equipment has.   It seems, in general, we as a skiing population has had fewer patients as well as less respect for our surroundings.  One might be blamed for the other.  When our Grand Parents were skiing before snowmaking they had to have the patience for winter to start.  When it came they approach on such inferior gear than what we have today I guarantee they exercised more of a skill set and foundation than most of us do presently.

I have had a brief encounter skiing on gear that was developed in 1944 and let me tell you.  My skills as an alpinist went out the window.  The men and women in these photos would have schooled me skirts and all.

I had tremendous respect for the people in the photos as my thoughts wondered about the type of personalities they were to be living high up in the mountain valleys, build the equipment needed to trek from the valley villages to the glaciers above.   How they must have learned the terrain on the approach.  The patients to develop the skills or even develop the equipment for them to do so.  I realized in a few weeks I will be stepping out of a helicopter on peaks in Alaska that I can reach within minutes of my comfy bed.   In the 1940’s it would have taken weeks to reach just one of these peaks.

My point is that sometimes we move so fast that we pass by the basics.  This is why the progression is so important to me.  One must slow down in order to speed up.

Last season in Alaska I ignored the progression for a moment as well as my inner voice.  The result was scary but became a teachable moment.   Everything worked out fine in the end, but the stages leading up to it, I will never forget.

It was near the end of the day.  I was with a film crew as one of the athletes.  I was not the lead athlete.   Of the three athletes, I was the third wheel.  Which meant I just tried to stay out the way yet do what I need to do so I’m part of the project.  It was like being the younger brother of the older sister who got stuck with you for the day because the parent told her to watch you.  Meanwhile, she is on a date at the amusement park.   I was that guy.

Anyway… I had the strangest feeling we were in a zone that might have some issues.  Everywhere I looked, negative energy flowed over me.  I had nothing but bad feelings.   I was torn between whether I was being a wimp or if this was real.  When I began to bring up my doubts I was basically told to I was being negative, and to zip-it.  So I did.  Next thing I knew I was standing alone on top of a ridge above an aspect I would have never picked out for myself.  But somehow in the rush, I just ended up there.  Luckily I did snap a quick photo of where I was being put before we landed.

I ended up on top of a line called the “Hourglass” as that is exactly what it looked like.   It was at least a 50-degree slope, west facing, that funneled into a choke.   I’m guessing the perhaps 800 feet vertical if not more.

I have to admit, the location and the moment was beautiful and if nothing else spiritual.  I was still celebrating a line I got to ski first just prior to this landing and I was able to put my father ashes on.  Later I got to name the line after my dad since it had not been skied yet.  It’s now named “VINO”.   Pretty amazing, I have to admit.

“So here I was standing above this new line and I felt my father was looking over me as he had all season.”

While the other two athletes were being placed by the helicopter on their lines I proceeded to gear up and so I could scout my line before dropping in.  I was under the assumption for some reason I would be dropping in first since I was dropped off first.  This was not necessarily a given.  I just for some reason took the liberty of thinking this.

The moment I step out onto the slope every sense in my being went into high alert.   Something was not right.  The line I was standing on gave me every indication the second I would drop into it would be the moment I would regret.

Considering it was giant concave funnel into a choke I would have no escape.  If I did not beat the collapsing slope to, and through the choke I would be toast.  The choke was several hundred feet below and the likely hood I could pull this off was pretty low percentage.

Despite all of this, my pride over common sense kept me from getting on the radio to the crew and letting them know how I feel, as I did not want to be that negative guy.   I actually started to rationalize the choices in my head to ski the line.  I even said to myself this is going to break on me and I will do all I can to get through this.  But than the other two athletes will not ski their lines considering the situation.  So they will be fine…

One the other athlete had been set up a similar aspect further to the south.  The only difference, it was not a funnel.  She had two angles thus two aspects.  In short…  She kind of had and out.  Not a great one.  But it was certainly better than what I had.

I started talking to myself and father, who I’m pretty sure, was calling me an idiot at this point.   As well as anyone else that might be listening the heaven.  The only people I did not talk to were everyone on the other end of the radio.

All of sudden the radio barked out directions from the cameraman.   I would be going last.   The athlete just further down the ridge to my south would go first.  I have to admit a little bit of relief came over me.  And I backed away from the edge.   The count down over the radio started, the first skier dropped in with the helicopter hovering above her.  Immediately I could tell something was going wrong from the way the helicopter was moving the than the chatter on the radio took off.  Sure enough the slope let loose on her.  Not just behind her but in front of her.   She did everything right and got herself out of it.

A few moments of silence took place.  Its as if the wind came to a stop as well.  I waited and then more chatter on the radio filled the air.  The helicopter set down and the next thing I heard was “Chris we are coming to get you.   Be ready for a pick up.  You will not be skiing this”.   I looked up at the heavens and smiled. 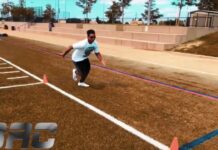 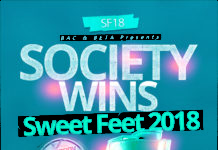