Game 4 in the Books! 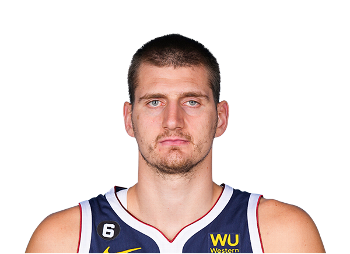 n a gritty team effort, the Nuggets found a way to win ugly in Minnesota tonight.  After giving up 37 points in the first quarter behind an extra aggressive Karl-Anthony Towns, Denver locked down on defense giving up only 62 the entire rest of the way.  From a 15 point deficit in the first half to a 13 point lead in the third quarter, the Nuggets took their time turning it around, and the bench deserves much of the credit.

Outscoring the Minnesota reserves 45-23, the Denver bench provided the difference.  Wilson Chandler dropped in 19 points, mostly from close by the bucket being opportunistic on cuts and rebounds.  Jameer Nelson, more than any other Nugget on the night, was able to stop the bleeding on defense and provide control to the offense.  His 14 points, seven assists, and seven rebounds provided the steady hand necessary to get a lead too big to blow.

The Denver frontcourt was a completely mixed bag on the evening.  Danilo Gallinari was very solid with the shot on the evening, finishing with 19 points in a completely professional appearance.  Jusuf Nurkic was large and in charge against both Georgi Dieng and Cole Aldrich. Nurkic abused both for as many buckets as he could finish (18).  When it came to playing against Towns, Nurkic was no match and Nikola Jokic was put in foul trouble and on the bench so early that he barely made a difference in the game.

The biggest mystery on the ballclub remains point guard Emmanuel Mudiay.  At times, the Nuggets lead guard has a questionable shot selection, shot execution and decision making.  At other times he squares his shoulders, drives and finishes tough shots.  At winning time tonight, in the final offensive possessions, Mudiay was the man with the ball in his hands.  The Nuggets won, so it’s hard to be too critical, but the execution was wild at best.  Two big layups, one for and1, proved enough tonight.  But, a 24-second shot clock violation, missed three-pointer, badly missed layups and a wild end-of-clock shot were all in Mudiay’s mix at the end of the game.

The Nuggets somehow pulled a road victory despite a very uneven performance.  They won’t look the gift horse in the mouth.  The defense (lack of shotmaking on Minnesota) allowed Denver to amass a lead just large enough to protect.  Close end-of-game situations will continue to be tricky for the Nuggets.  The play-calling and offensive execution can improve, but the one player to hit a big shot when the team really needs it, still needs to step up.

NOTES: Jamal Murray started the game and got 29 minutes.  He remains without a field goal on the season after finishing 0-8 from the field.  Fellow rookie Juancho Hernangomez got his first real minutes on the season and finished with two points and two rebounds.