Texas native records his first Player of the Week honor! 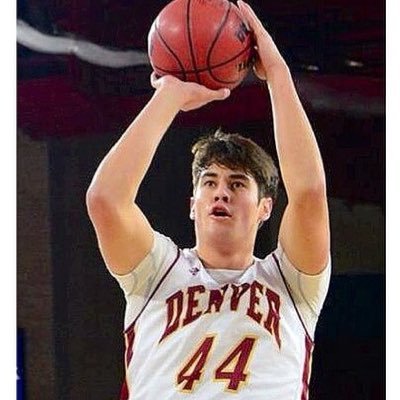 DENVER – Junior Daniel Amigo was named College Sports Madness Summit League Men’s Basketball Player of the Week in a release by the website-based group on Monday.  This marks the first player of the week honor that the junior center has recorded in his collegiate career.  The El Paso, Texas native was a force this past week, helping guide Denver to a 1-1 record on the road against two formidable foes in Texas A&M and Air Force.  Amigo turned in a career day on Saturday at Air Force, scoring a career-high 33 points to go along with 10 rebounds in a 77-65 Pioneer victory in Clune Arena. The double-double performance was the fourth of the season for the big man, which ranks 27th in the NCAA.  The 33 points were the most by a Pioneer player since Brian Stafford poured in 32 back on Nov. 11, 2011 against Portland State.  For the week, the 6-foot-10 center averaged 20.0 points per game and 6.0 rebounds in just 22 minutes per contest. He finished shooting 64.0 percent (16-for-25) from the field.  DU closes out its seven-game road trip this Tuesday with a contest at South Alabama. Tip-off is set for 6:05 p.m. MT.