Its the 30th anniversary of Nike’s “Just Do It” ad campaign. The two-minute JUST DO IT commercial is narrated by Colin Kaepernick himself. Nike also put up a gigantic billboard in San Francisco highlighting Colin’s position as the new face of the brand.

The campaign slogan reads: “Believe in something, even if it means sacrificing everything.” The ad is demonstrating support for Colin and the people that support his protest via social injustices in America.  The video also features LeBron James, Serena Williams, and a few other Nike brand athletes. 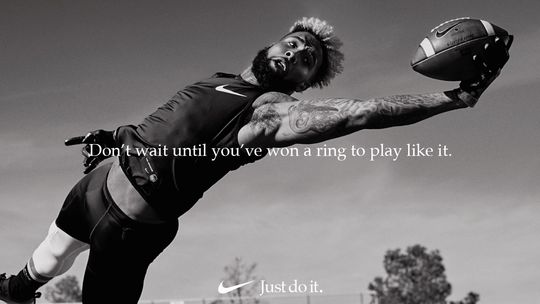