Brielle grew up in Parker, Colorado and started dancing at the age of 5 at a studio called Parker Dance. By the time she was 9 years old, she was accepted into the pre-professional ballet program at International Ballet School in Littleton. Here she fell in love with Ballet and trained 6 days a week, over 4 hours a night. Although her social life had to be put on hold due to the constant training, she didn’t mind because all she wanted to do was dance. During her time at International Ballet School, she competed in competitions such as the Denver Ballet Guild, and Youth American Grand Prix placing every year and even went to nationals in New York to compete among the elite from all over the world. She was given lead roles such as Clara in the Nutcracker at age 12 and worked her way up to the Sugar Plum Fairy by the age of 16.

Brielle trained with the American Ballet Theatre in New York for 3 consecutive summers. She was chosen as a soloist of her level in two of the final performances and had the opportunity to meet and take a class from some of the most well-known dancers and teachers in the country. At the age of 17, she decided to switch gears and joined the company of Michelle Latimer Dance Academy. Here she realized that the dance world wasn’t just all Ballet and formed a passion for other types of dance such as contemporary and lyrical. Many of her colleagues and fellow dancers from this studio have been seen on shows such as So You Think You Can Dance, Dancing with the Stars, Fame, High School Musical etc. Brielle competed with them for one season until it was time to head off to CSU for college.

Brielle is a 2013 graduate of Colorado State University and was on scholarship as a Dance Major with a Business Administration Minor and has been blessed with the opportunity to not only study ballet and modern but also things such as pedagogy, choreography, costume construction, Improvisation and more. Brielle also had the opportunity to be a backup dancer for Weird Al Yankovic in April 2013. Although she has been teaching classes here and there all throughout her dancing career, it was during her Pedagogical training at CSU where she truly found a passion for it. She not only finds joy from being on stage, but also in inspiring others just like she was, and sharing her love and knowledge of dance. She has been teaching at Contemporary Dance Academy since 2012 and took over ownership in August 2013. With a Dance Major and a Business Minor, Brielle dreamed of opening her own studio one day and feels blessed to wake up every day and do what she loves. She is inspired each and every day by her students and is so excited for what the future holds. 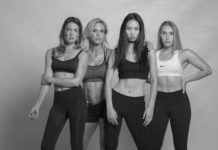 No Role Modelz Until Now! 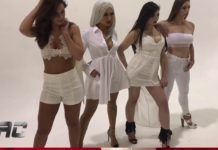