THE NBA has always supplanted the American sports diet between the Super Bowl and Kickoff Sunday, both de facto national and religious holidays. In the post- MJ era, the League has flourished in player salary, skyrocketed in global popularity, and most importantly…has growing attendance.

Kobe, the heir to MJ, was instrumental in taking the NBA to China, the 2nd largest consumer of League merchandise. Nonetheless, it’s up to stars like LeBron James and Steph Curry to continue to do what Kobe and MJ have done so masterfully: sell out tickets in every arena they play in.

The top five attendance records have been set in the past decade, including the most fans ever to attend in a season and average attendance per game. All in the midst of  the merger with electronic gaming, two renewals of the players union contract that made for higher salaries, and hip-hop becoming the face, fashion, and official music of the League.

Yes, the NBA has always been ahead of all sports in terms of culture and players rights. 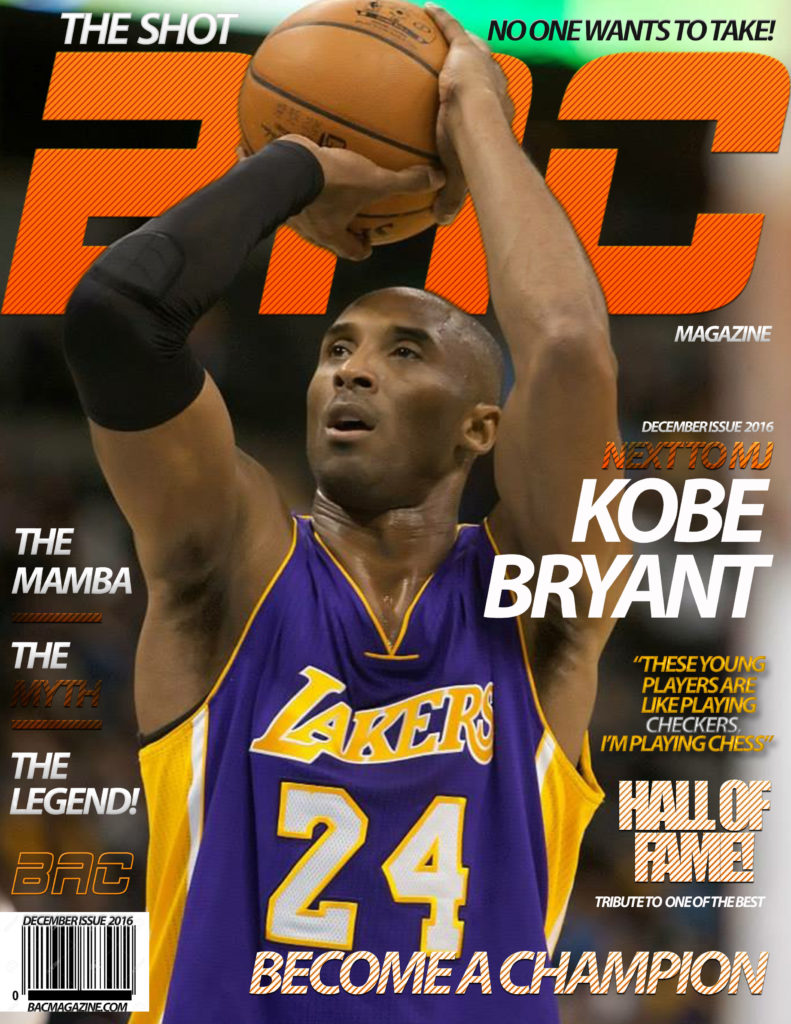 This can be attributed to professional basketball more frequently dealing with players as young as 18-years-old entering professional basketball (until recently). That, coupled with a sport whose paraphernalia like sneakers, jerseys, and hats, are dictating cultural and fashion trends, and you have a league that gives players more space to move financially off the court. Even though team basketball has defined this era of champions, big names still sell seats. San Antonio, is the NBA version of the Patriots minus the cheating, yet they do it without the superstar, nor an MVP in their five title runs.  But if we are to be honest, accumulatively, Duncan, Parker, Ginobli, and yes, Popovich, warrant a superstar draw.

Kobe helped popularize the notion of greatness through sport while still maintaining the allure of an American icon on his farewell tour.  But Kobe didn’t need the NBA…The NBA needed Kobe.

This isn’t about a title run or an elusive record, his is about retelling and adding to the stories of the ancients, of our ancestors, and who’s gonna replace Russell, Wilt, Kareem, Jordan…and now, Kobe?

Unlike any other professional sport, the NBA sells storylines, timelines, and generational representatives.

Every generational icon won multiple championships while losing a few at worst.  Jordan never lost in the NBA finals, he even averaged more points during the championships. Kobe is 5-2, with an inhuman 81 point game embedded in memory so deeply that both MJ and the hall of fame asked for the shoes Kobe adorned during the game.

LeBron, undoubtedly one of the best ever to lace ’em up, has failed to live up to the Egyptian god that MJ was. To be fair, though, there are less Larry O’Brien trophies in Cleveland, LeBron never had a Shaq, Gasol, Odom, etc.  Although, he did have a Wade and Bosh combo in Miami that could have held their own against any great team in NBA history. 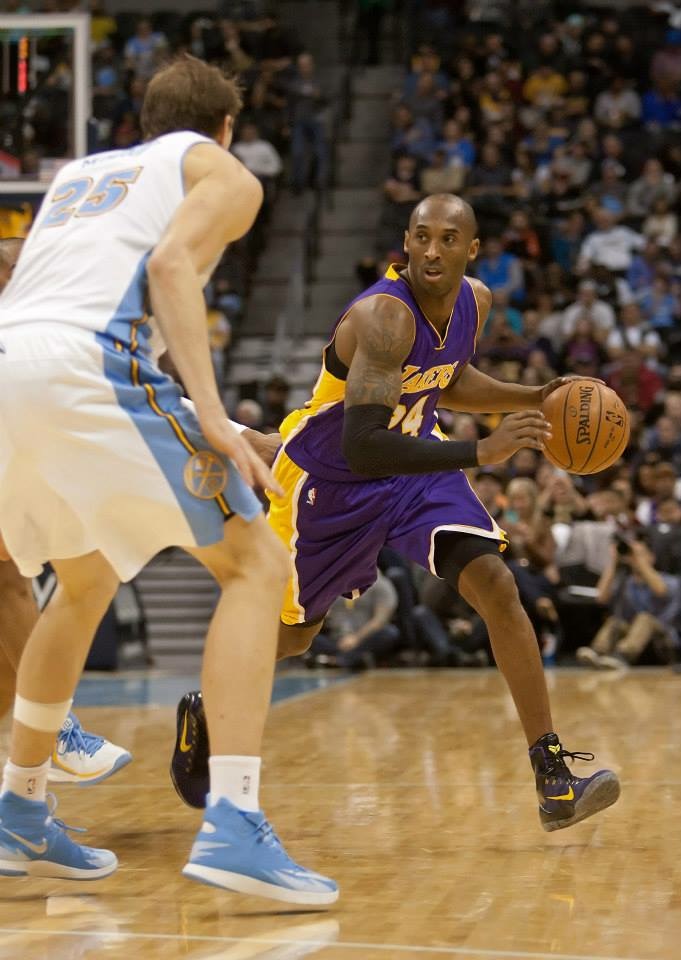 But still, 3-5 isn’t what the NBA is promoting…they want a healthy GOAT  debate-at least after Jordan-up for grabs.

The 2015 NBA set the all-time record for attendance over an entire season, 21,926,548. Not every team has a LeBron or a Steph, but the NBA has plenty of  storylines with its fan base. LeBron vs Steph, keep KD or Westbrook? Each individual team has its drama, and ones that resonate with the lower seed playoffs are becoming more significant because any team can be had on any night, especially in a 7-game series.

As the story of Kobe and the inevitable LeBron vs Steph showdown in June takes place, the NBA will have the entire world’s collective jaw dropped and drooling. As we watch the story of this generation, Kobe was given montages at the arenas and was sent out in legendary fashion. One last sentence in the final chapter of the last generation’s epic best seller.

A long time ago, knowledge was passed on by scribes who would write down, word for word, works of the masters.  There were many masters, the greatest was Jordan, and Kobe wasn’t only the best scribe this planet has ever seen, but his own critical addition to basketball’s chronicles shows future scribes the arduous path from student to Master.

(Q) What’s the underlining factor/bottom-line to your motivation on the basketball court? (A) Nothing motivates me more than winning. The long summers spent preparing for a longer season only makes sense if you’re victorious at the end.

(Q) How do you compare your moves and skill set to the likes of a Michael Jordan? (A) I came in the league wanting to be better than Michael Jordan. I copied his moves early on. There isn’t a move out there that’s a new move. It’s all been done before. But eventually, I got to place where my experience allowed me to develop moves much different from the ones, I learned from watching the greats before me.

(Q) Explain your offensive attack mode? (A) Creating space is the underlying factor to my offensive game. Once I get enough space rise up, I can get the shot off over any defender. It’s kind of like a geometric thing. I’m using straight lines and adjacent points to stop the defender from scoring the ball. I use that same geometric philosophy to attack the defender on the offensive end.

(Q) What qualities must one have to make to a legendary status in sports? (A) The best players in any sport have the best foot work and they’re constantly working to improve their speed and explosiveness. They’re also natural students of the game. It’s a simple formula, man. Nothing to it…

(Q) Do champions ever doubt their abilities as far as being victorious and having the motivation to make it to the top? (A) Most of the time, we are our own worst enemy. One thing I’ve never done is doubt my ability. I always knew that my work ethic and will alone would lead me to the place where I could ultimately become a champion and master my craft in the process.

(Q) Any regrets? (A) When you leave it all on court, you’re okay with the next challenge in life. I’ve taught myself certain disciplines that will carry over into my next chapter 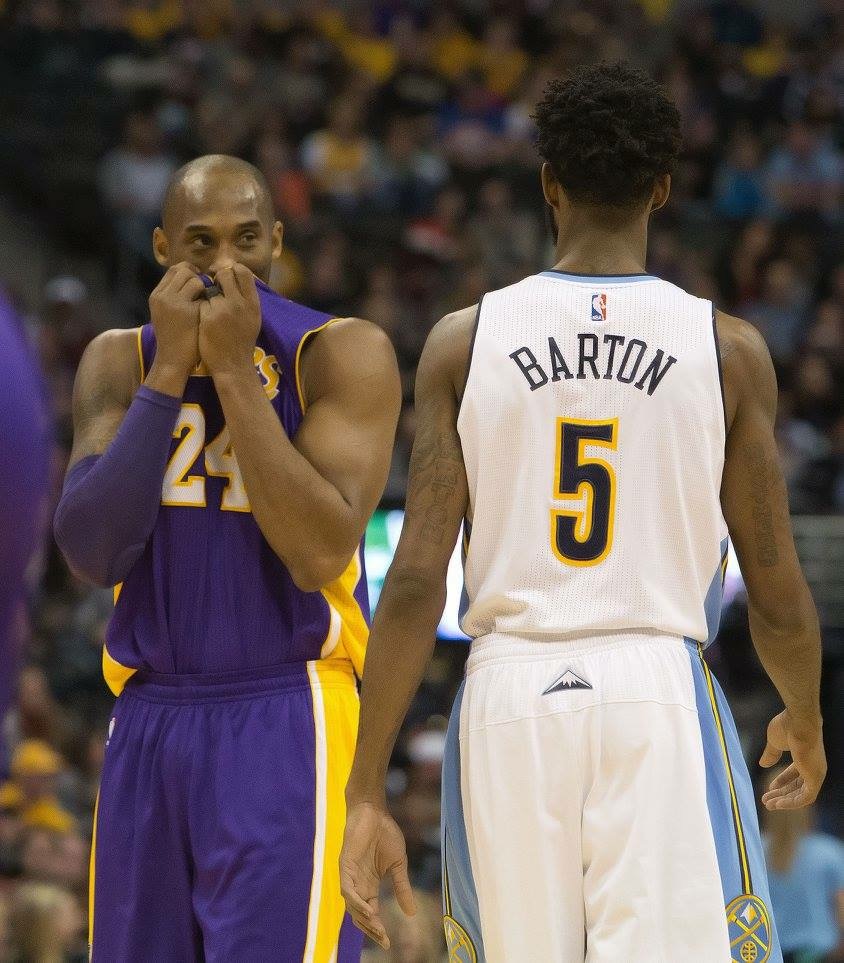 Sweetfeet is sponsoring 24 kids with the brand Kobe 4’s this month.