THE RISEN ANGEL-After two years at Old Dominion, Denver East Graduate and Ms. Colorado Basketball 2010, Shae Kelley had been named to All-Conference USA First Team, lead the Monarchs in points, rebounds, steals, blocks, free throws made and was named MVP of the Hall of Fame Tournament. Yet all this had not provided the former Angel with the stage she needed to showcase all that she is capable of.

Coming to a fork in the road many athletes stick to a routine and seek the comfort of familiarity. Nonetheless, being an athlete is about adapting to change. Kelley, now a 24-year-old WNBA champion, made the tough decision of leaving Old Dominion in the homely town of Norfolk, Virginia for the Land of 10,000 lakes, in her of final year of eligibility (by) becoming a Minnesota Golden Gopher.

This decision came in spite of a private conversation with Nancy Lieberman. Lieberman,current Sacramento Kings assistant coach and former Monarch didn’t think another transfer was best for Kelley, even questioning the battle tested junior’s loyalty. This reinvigorated Kelley, who left for a winning program, in a bigger-more visible conference.

Kelley soon found herself as the second scorer on a proven winner in Minnesota. With the spotlight and national stage that landed her (as the) 35th overall pick in the third round of the 2015 WNBA Draft. “If I thought I could’ve been drafted by staying at ODU, then I would’ve stayed. I felt I gave myself a better chance by going to a bigger conference; more exposure-TV time, the NCAA tournament, playing against bigger schools, that helped me,” reflects Kelley.

Confidence is a two-sided blade, for athletes it is at the base of everything one does, it is not only a state of being but a stable of success. Furthermore, when expressed outwardly, confidence can be misinterpreted as the stench of arrogance and arrogance attributed to miscalculations on and off the court. This is not the case the WNBA guard who now has won at every level. She expresses her confidence with an ease in which she responds to questions and they way she rarely repeats herself.

There are no gaps in her story, though varied. Beginning at Denver East High and traversing from Colorado, where she originally committed. Then to a stint Junior college, to Old Dominion and finally culminating in Minnesota. Where though not the number one offensive choice, the 6’2- two 3-guard was able to help the Golden Gophers to the NCAA tournament and audition her skills to the Minnesota Lynx.

Executing and taking advantage of situations comes natural-it happens so seamlessly while in Kelley’s presence. She was able to find not only a starting roster spot in Minnesota but also a family, “that team was incredible,” says Kelley. “One of best experiences, just being a part of a team.” Which was reflected in the success of the team making it to the quarter-finals of the Big 10 Tournament and the NCAA Tournament. Oh yeah, fellow Golden Gopher Amanda Zahui B was the #2 pick in the draft.

In Minnesota Kelley has found a home and immediately become part  of the Lynx family. Always humble, she doesn’t attribute her successes to any inherent qualities, yet gives credit to those around her and points out that she entered the WNBA with all four years of college under her belt. This with the help of veterans like Seimone Augustus and Lindsay Whalen have eased the transition from college to professional for Kelley.

“I sat back and watched how they operated, people like Seimone and Maya (Moore),” says Kelley on her transition from collegiate to professional athlete. “Seimone was drawn to my game during training camp, and she’s the first person I will go to it if I have a question,” Seimone Augustus is a 9-year-veteran of the WNBA and has won three championships with the franchise.

Winning a title as a rookie and entering into a winning family didn’t come without a test, as Kelley reports, “they made us dress up as clowns and walk through the Airport, we had to wear clown hair, a tutu suspenders and a minnesota shirt to our first exhibition game (in DC) and back,” Sometimes to become a champion you have to prove your worth.

Kelley has kept a level head throughout out the whole process and even cried when she was drafted, “I broke down,” she happily admits now as another Mile High native wins a professional sports title in the likes of Chauncey Billups…can you name the other natives?

She is also a model of consistency and simplicity and she had no extravagant workouts, or hyper-specialized diet constructed by a chemist, she simply avoids power-lifting, does squats, and has added more calories and protein into her diet. All this while she has committed to stretching twice a day, which has allowed her to avoid injury and missing games.

With every team, family, with every coach and seemingly every person that Shae Kelley encounters, she is able to bond with them, she’s like hydrogen in that aspect. Headed in to her second WNBA season, already with championship, a Ms. Colorado (basketball) title under her belt is a young veteran, not an old-rookie, and trust me, there is more to come from this champion.

Shae Kelley was born in Denver

“…but Golden State isn’t messing around this year. But I gotta go with Bron Bron,”

WON’T EAT FAST FOOD-think Lamar Odom
Shae Quotes
“Don’t ever give up on your dreams…anything you want, go get.”
“Afterall it’s just basketball!”

Side Notes:
Shae Kelley sees a change on the horizon in the WNBA, not only in expansion, pay and fan base but maybe where WNBA players don’t have to play over seas just to earn money. Perhaps even at the collegiate level with compensation for players in the NCAA. 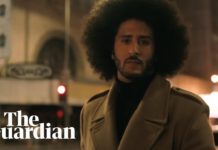 Nike Ad “JUST DO IT” 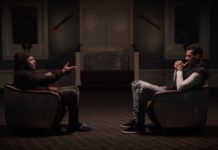