Determined is an understatement!

Rankings are based on performances at high level tournaments and camps, overall team success, players ability to impact games and players long term potential and upside.

How exactly is a fourth-grader ranked nationally? Well, companies host tournaments throughout the country, and through those tournaments players are ranked, and NCAA coaches want to know who the best preteens in the country are.

“If I keep working hard at basketball, it can get me to good places, so I just grind now so I can shine later,” well said. ~Doran Sasha 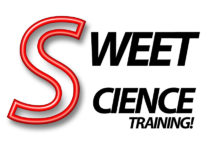 Did Aaron Gordon get screwed?